TE Data Egypt Before & After The 25th Of January 2011 Revolution

On October 3rd, 2010 I wrote an article about the internet services providers in general and about TE Data in particular. The reason I wrote that article was due to the very bad experience I had with TE Data then. To revert to the article here is a link to it, Internet Services providers & Reputation Management.

I thought that after the Egyptian Revolution, the Internet services providers would learn their lesson and get the message; But unfortunately, I can say for definite that they didn’t. It got even worse.

TE Data and the other internet services providers claimed that they had to cut the internet as a matter of national security and their decision of cutting the internet was due to the pressure and instructions which they have received from the old regime.

I really find that excuse of theirs, silly, ridiculous and an excuse even worse than the action they took against us as consumers. Didn’t the Egyptian Army refuse to stand against the Egyptian people and took their side and respected them? I guess that the internet services providers followed the old regime’s instructions, to hold the stick from the middle. After they realized that the regime was really going down, they decided to get to the other half of the stick which was the side of the January 25th Revolution. But still they are applying and following the old policy of treating us with disrespect and underestimating the power of consumers when they know their rights.

On the 17th of  July 2011, I had a contact through the phone  with TE Data to get an ADSL Internet service. And the only reason I had to deal with them again, is because they claimed that they have unlimited internet service connection. I thought that they have improved their services after the revolution, but it turned out that I was totally wrong.

Without going into boring details, after I realized that the service they claimed that can be provided, does n’t really match with my needs, I decided to cancel the service by phone, like it all started by phone.

Then I was shocked to hear, that I only have one choice, which is to pay a one month membership to be able to cancel my membership that I did not use at all. My membership which never was signed through any contract between TE Data and my self. Everything was done through the phone with no documentation, I didn’t even need to pay any fees in that regard, But when I asked to cancel it, then they came up with all those nonsense procedures and they have forced me either to continue the membership, or if I insist on cancelling, I must pay one month on any case, to be able to cancel and get the cancellation number still after 15 days!

SO, now you pay to become a member and you also pay to cancel!

That’s what I called twisting the arm of clients, force them to pay even if it was an issue of cancelling the membership which I did not use at all. to pay, whether we will become members or cancel our membership before even we start using the service.

This is again how TE Data gets their clients, by twisting their arm. If you are desperate and you need the internet because that is how you make your living, so hearing that to cancel your membership will take 15 days from the cancellation date, forces you to use their service even if what they provide doesn’t cover your need. In this case you know that it is a waste of money but you are forced to accept their offer because you can not wait for 15 days to get the cancellation number.

While if you are not desperate and you do not accept to have your arm twisted, you will refuse and move to another provider, even if it will take 15 days to get the cancellation number and the waste of one month fees that you have paid for a service which you did not use at all and you actually paid to cancel the membership.

Egyptian Companies mentioned in this article: 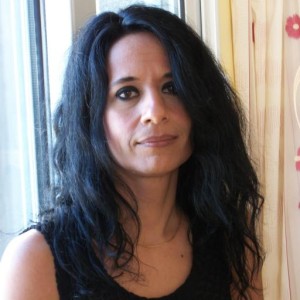 Eman Nabih is Chief Operating Officer in Devenia. She is a Social Media Expert with special interest and expertise in building traffic through social media's like Twitter, Facebook and LinkedIn. Her personal website is at EmanNabih.com. Eman can be reached at the contact us page, by mail or phone. More posts by Eman.