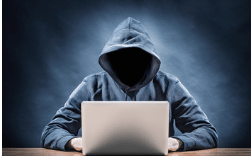 In May 2018, The sales intelligence firm Apollo sent a notice to its customers disclosing a data breach that was taken place over the summer and when that was discovered, they confirmed taken immediate necessary steps so this unauthorized access to their system won’t happen anytime in the future. Apollo is a data aggregation and

Email phishing is becoming more sophisticated and harder to distinguish from legitimate email. Phishing emails can have a real impact on those who provide information to scammers. An attacker who sends thousands of scam messages can collect a lot of information and money, even if only a small percentage of recipients fall into the scam. Phishing is when attackers send malicious emails designed to trick people into becoming victims of scams.

Phishing emails and SMS often tell a story to trick you into clicking a link or opening an attachment. They may appear to be from a bank, credit card company, social media site, online payment website or application, or online store. These emails often try to entice users to click on a link that will take the user to a fraudulent website that appears to be legitimate. Very often, phishing emails cause the victim to follow a link to a malicious or fake website designed for malicious purposes.

Phishing is usually done through emails, ads, or from sites similar to sites you are already using. Phishing is a type of social engineering attack often used to steal user data, including login credentials and credit card numbers. Phishing is an example of a social engineering technique used to mislead users and exploit weaknesses in network security. Occurs when an attacker disguised as a trusted person tricks the victim into opening an email, instant message, or text message.

Phishing is a fraudulent attempt to obtain sensitive information such as usernames, passwords, and account details, usually via email or text message. Phishing is an online scam in which criminals pose as legitimate organizations through email, text messages, advertisements, or other means to steal confidential information. Standard phishing email. This is probably the most famous form of phishing. This attack is an attempt to steal sensitive information through an email that appears to be from a legitimate organization.

A common phishing attack attempts to trick a user into entering personal details or other sensitive information, and email is the most common method for carrying out such attacks. In addition to standard phishing techniques, certain types of phishing can be used to achieve various goals. This method is called phishing and is a way that hackers trick you into giving you your personal or account information.

Most types of phishing use some form of technical deception to make a link in an email (and the fake website it leads to) look like it belongs to a fake organization. First, they will do their best to develop phishing messages that mimic real emails from a fake organization.

Such attacks often encourage users to enter sensitive information on fake websites that look like legitimate ones. Recipients are then tricked into clicking on malicious links, which can lead to the installation of malware, crash the system due to a ransomware attack, or leak sensitive information. Malware phishing: This attack uses the same technique as email phishing, encouraging the target to click a link or download an attachment so that malware can be installed on the device.

Any attachments or hard links in the original email are replaced by malware and then sent from fake email addresses to trick victims into believing it’s real. In these emails, the sender asks the recipient to click a link that takes them to a page where they will verify personal details, account information, and more. Cybercriminals often target companies and individuals by sending emails purporting to be from legitimate banks, government agencies or organizations. In a phishing scam, you may receive emails from legitimate companies asking you to update or verify your personal information by responding to emails or visiting a website.

Spoofing and phishing are key elements of business email compromise scams. Search for phishing. In such attacks, cybercriminals create fraudulent websites designed to collect personal information and make direct payments. Criminals use malicious emails and websites to steal your passwords or other sensitive information from you, or to infect your computer with malware. These scams are designed to force you to give criminals information they shouldn’t have access to.

The term ‘phishing’ is a paraphrase of the term ‘phishing’ as criminals plant fake “bait” (emails, websites or advertisements that appear to work) in the hope that users will ” pecking”, for example as credit. Card number, account number, password, username or other valuable information. Phishing is any attempt to obtain sensitive information such as usernames, passwords or banking details, usually for malicious reasons, by posing as a trustworthy organization in an email. This is usually done via email, although scams have now expanded from suspicious emails to social media, messaging services (also known as smishing) and phone calls on apps (known as phishing) – a basic Phishing attacks that attempt to deceive the target. Do what the liar wants. Phishing clone. In this type of attack, suspicious actors compromise a person’s email account, modify existing emails by exchanging legitimate links, attachments, or other malicious elements, and send them to people’s contacts to spread the infection .

These conversation eavesdropping attacks use a real person’s account to send additional phishing emails to their real contacts, and because the email comes from a trusted source, the targeted victim is more likely to click on . In addition, phishing is often used to gain a foothold on corporate or government networks as part of a larger attack such as the Advanced Persistent Threat Event (APT). More sophisticated phishing schemes can involve the long game, where hackers use fake social media profiles, emails, and more to build a relationship with the victim for months or even years in cases where specific individuals are targeted. people they trust.

Phishing cloning is a type of phishing attack where a previously delivered legitimate email containing an attachment or link is taken and used to create a nearly identical or cloned email. After the initial attacks by AOL, email became the most attractive attack vector for phishing attacks as home Internet use skyrocketed and personal email became more common. While email is still a prime target for phishing campaigns, the world is very different from when phishing first began.