You probably already figured this, but Google isn’t going away anytime soon.  Sure, they’ll probably eventually fall away sometime, but who knows when that will be?  At this point, the most likely thing to stop this company from growing further is Congress…what if Google appears to be operating as a monopoly?  Other than potentially becoming a monopoly, Google has almost no chance of ever being taken over by another company.  Here’s why:

1.  Its incredibly well-thought-out algorithm.  While Google still doesn’t return perfect results, it does return the best results of all the search engines out there by far.  The algorithm is made of more than 200 factors, is kept totally secret, and they’re testing thousands of changes year-round.  People still talk about Yahoo! and Bing, but it’s hard to understand why, as Google currently owns 80% of the U.S. search traffic and 90% of worldwide search traffic.  However, Google could still improve, and let me show you one reason why.  I searched for the term “NFL jersey,” and here’s what came up:

See that visited link at the top?  At the time of this writing (8/9/12), that is the fifth-ranked term for “NFL jersey.”  If you follow the link, you are taken to a website with incredibly poor grammar – something a 10-year-old could easily have written.  I couldn’t locate a contact address, but Chinese companies are known for selling American sports products cheaply, so it’s a reasonable guess that’s what this is.  The conundrum comes in with position #6, which is a result from Nike, a global corporation!  You’d certainly think Google would rank Nike ahead of this Chinese outfit, but it didn’t.  Google is great, but its algorithm isn’t perfect!

2.  Manual support.  In addition to its algorithm, which isn’t perfect (yet), Google has 27,000 employees.  For many of them, their job is to manually review websites to ensure people aren’t trying to game Google’s ranking system.  27,000!  It’s going to be awfully difficult for another company to develop a sophisticated rankings system and hire the right personnel to support it.

3.  The average consumer loves it.  Google pisses off internet marketing professionals routinely, but the fact that it makes use of the American capitalist system by understanding what the market wants and delivering it to the market in a way better than anyone else can means it’ll be around for some time.  Look at how crowded with advertising Yahoo! is.  It resembles the front of a newspaper or magazine, not a search engine.  Bing’s look at least copies Google’s, but that’s as far as any resemblance of Google goes.  It doesn’t even compare in its ability to return relevant search results.

4.  Google isn’t just about search.  Although it dominates search right now, Google has so many other tech-related holdings that make it a beast to contend with.  You know about its office productivity suite.  You also know about Google+, which some predict will have 500 million users (Facebook has 900 million) by the end of 2012.  It also has Chrome, a competitive browser, owns YouTube, another popular social media channel, heads the development of Android, and finally, it’s coming out with new glasses to help you organize and stay on top of your digital life on the go!

When you look at it this way, Google isn’t going anywhere anytime soon, and it’s not just because of its ability to provide unequaled search results.  What should you do now?  Learn how to make the most of its algorithm by ranking your site highly, so you can reach the most people in your target market! 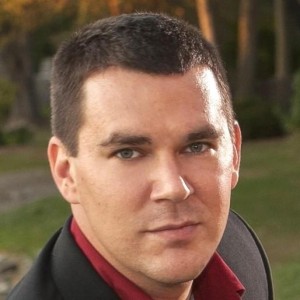